Melamine is a widely-used intermediate, mainly employed as a raw material for producing melamine resin and is a chemical most often found in plastic materials. Long-term or mass intake of melamine has toxic effects and may lead to reproductive damage or bladder or kidney stones, which can also lead to bladder cancer.

Melamine was initially found in food stuffs exported to the USA in early 2007 contained in contaminated wheat gluten and rice protein and had resulted in the death of several pet dogs and cats. Thereafter, this contamination was found in many other products that use protein content as an important quality indicator.

More recently melamine has been found to be contaminating human foods, in particular milk powder, milk and yoghurt and was reported to have been used in 22 brands of infant formula. More than 53,000 infants have been diagnosed with severe traumas such as urinary tract complications and acute kidney failure. Several infant deaths have also been linked to the contamination. The addition of melamine to raw milk, in order to imitate an enhanced protein value when the protein content is determined, was defined as the primary cause of this scandal. Latest investigations indicate that melamine contamination is widely spread throughout the Chinese dairy industry and officials have estimated that about 20 % of the dairy companies tested in China have sold products tainted with melamine.

Melamine testing is now one of the "must-do's" when exporting feed materials to the USA and EU. The FDA has increased powers of detention without inspection of imports of vegetable proteins from China. The European Commission has asked Member States to control consignments of wheat gluten, corn gluten, corn meal, soy protein, rice bran, and rice protein concentrate originating from third party countries. As well as melamine, testing is done for other structurally related compounds such as cyanuric acid, ammelide and ammeline.

Based on its global network and local laboratory structure, Eurofins can provide melamine testing to the dairy and dairy-related industries and also to food retailers. Eurofins has performed extensive validation in all relevant matrices and the capability to test is established in several laboratories, particularly its high-capacity facilities in Germany, which in turn guarantees short turn-around times. Its market leading position was developed as a result of the 2007 pet food crisis, when Eurofins was the first company onto the market with an accredited test.

The following compounds are among those covered by the current FDA GC-MS method: 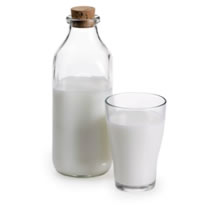