Environmental contaminants play a major role in fish and seafood as they are taken up via water and sediments and are accumulated especially in fish feeding on other fish and in mussels. Heavy metals, dioxins, polychlorinated biphenyls (PCBs) and other persistent organic pollutants and polycyclic aromatic hydrocarbons (PAHs) are of major importance.

Veterinary drugs play a role in aquaculture to cure and prevent diseases, antibiotics, antiparasitics and also hormones are of concern. In addition, further residues and contaminants may enter aquacultural products via feed and feed additives, namely heavy metals, dioxins, PCBs, PAHs, mycotoxins and pesticides, or may be formed or introduced during fish processing and storage.

Our comprehensive portfolio for residues and contaminants in fish at a glance: 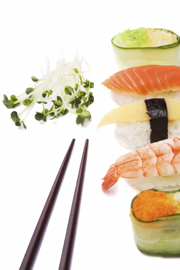