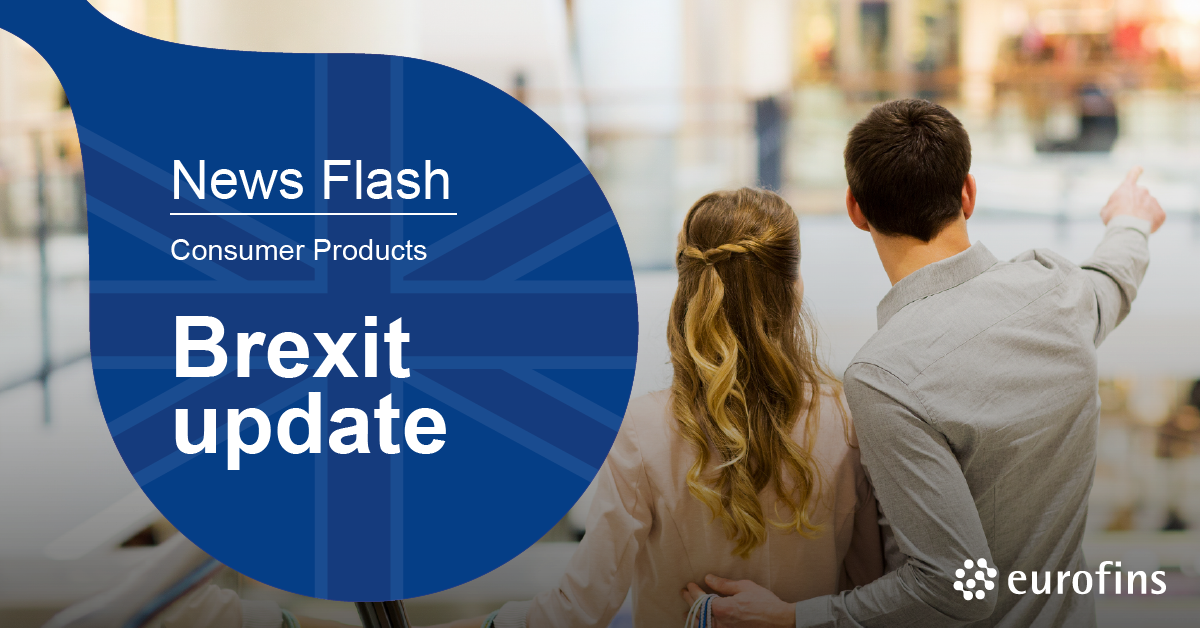 Over the last year, EU and UK leaders negotiated, agreed and set a Brexit departure date of January 31, 2020. Following that, an implementation period runs until the 31 December 2020 while the EU and UK negotiate arrangements.

The following summarises the implications on consumer product testing as a result of Brexit:

If the UK leave the EU without a trade deal UK-based companies that import manufactured goods from the EU or European Economic Area will face changes in terms of how these imported goods must be labelled.

Post-Brexit, if manufactured goods are imported into the UK from the EU or EEA and are to be placed on the market, the status of the company facilitating the import will change from a ‘distributor’ as it would have been previously, to an ‘importer’.

This would mean that:

There will be an 18-month transition period allowing importers to provide their company and Country of Origin details on accompanying documentation rather than on the product itself.

There will be no change to the requirements to have full fibre content information on a garment. When selling to the EU, information will need to be translated into relevant languages.

In the event of a no-deal scenario, British Standards Institution (BSI) standards will continue to be valid. BSI and the European Standards body, CEN, have agreed that BSI will remain a member of CEN irrespective of the UK leaving the EU without a deal.

This means that the UK will still be involved in developing new European standards. The UK will also adopt and implement all European harmonised standards as UK designated standards.

Many existing CEN standards directly support regulatory requirements for product safety and environmental protection. In a no-deal Brexit scenario a new UK Mark will be required and this would be underpinned by the same British Standards that support current legislation.

Many companies rely on UKAS accredited labs to have their products tested. UKAS will remain a member of the European Accreditation agreement for 2 years post-Brexit, with the aim of amending terms of agreement to allow permanent continued UKAS membership.

In the majority of cases you will still be able to utilise CE marking if you are selling goods to the UK market after the UK leaves the EU, but CE marking will only be accepted in the UK for a limited period of time after Brexit. The government will consult on this matter and give businesses notice before this period ends.

The UK is introducing a new UKCA mark which will have to be used on new goods sold in the UK. Full details on this mark can be found here.