Prenatal tests are conducted during pregnancy to provide information about the health of the mother and her baby. Eurofins has pioneered work to develop improved prenatal screening tests for conditions that might affect the foetus, and help inform healthcare decisions before and after the birth.

For over 30 years Eurofins NTD, has held a leading position in the research and development of prenatal screening protocols to help detect birth defects, genetic diseases and other conditions. For example, Eurofins NTD was among the world’s first clinical laboratories to provide an alpha-foetoprotein screening programme. This test is still used today to identify any risk in the foetus for open neural tube defects.

Eurofins NTD also offers other tests to screen for Down syndrome, trisomy 18 and 13, and offers the only test that combines first-trimester aneuploidy risk assessment with Y chromosome and early onset preeclampsia in one report.

In December 2016, Eurofins LifeCodexx launched the worldwide first noninvasive prenatal test (NIPT) assay based on a quantitative real-time PCR for prenatal testing of foetal trisomy 21 (qNIPT). The novel and proprietary qNIPT assay allows significant cost efficiencies and speed over other classical NIPT methods as it is based on polymerase chain reaction (PCR), the most widely used platform within the molecular diagnostic space. This test’s significantly lower cost and faster processing time allows more pregnant women to opt for NIPT as a reliable and affordable prenatal testing method.

In 2017, Eurofins Genoma unveiled a step-change breakthrough in NIPT technology developing, for the first time ever, a NIPT that screens for both de novo – gene mutations, that are not inherited – and inherited single-gene disorders. NIPTs are simple blood tests that were previously only able to screen for aneuploidies, errors in cell divisions which see ‘daughter’ cells having the wrong number of chromosomes, and microdeletions, which are chromosomal deletions that are too small to be detected by light microscopy and can lead to genetic disorders. More recently, NIPTs also screened for rare aneuploidies and segmental chromosome imbalances (gains and losses) in every chromosome in the foetal genome.

Not only does this new Eurofins test, GeneSafe™, identify prenatal conditions which traditional prenatal testing may miss, but it also detects over 40 severe genetic disorders that might occur in the absence of any family history of the condition.

The test is also the first ever NIPT to detect disorders with an increased likelihood associated with paternal age, something particularly useful as later-stage parenthood is increasingly common, especially in developed countries.

Simple and safe to administer, this test poses no risk to the foetus and works well as a complementary screen to traditional NIPTs, allowing healthcare professionals and patients to make more informed medical decisions.

Based on quantitative real-time PCR rather than on next-generation sequencing, the qNIPT foetal trisomy 21 test from Eurofins LifeCodexx is not only cheaper, but also significantly faster. Due to different methylation patterns of specific gene regions of the maternal and foetal DNA, positive and negative samples can be distinguished and the test provides rapid results in two to three days under highest quality standards.

The GeneSafe™ test is intended for patients who had an abnormal ultrasound finding which was suggestive of some form of monogenic disorder. The technology screens for new mutations that are common and cannot be detected by standard carrier screening, as these mutations are not present in the parents. 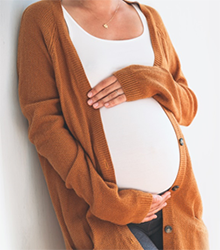