Dairy farming had been undergoing evolution since the 1960s. Large and highly-specialised farms are now the standard, and dairy farmers are ever-more focused on herd improvements and introducing value-added tests to their farm management. Through its highly- automated milk laboratories, Eurofins is helping farmers produce increased and higher quality yields from healthier herds.

Eurofins has expanded its services from stand-alone testing to supporting the whole value chain at the farm, in order to help dairy farmers to make informed decisions in favour of food safety and animal welfare. The Company has developed a range of tests to provide insights into the origin of milk, the total yield, cow’s health, feed efficiency, environmental impact, quality, and adherence to all relevant regulations. Eurofins’ approaches have reduced test times from weeks to just days and hours, providing results for more than 20 different parameters for the management of the farm.

Testing itself has also developed markedly, with initial tests providing only limited, simple analysis of fat content with moderate accuracy. Eurofins now offers multiple testing, at high throughput in automated specialised laboratories and delivers approximately 200,000 results each day from 30,000 milk samples. Tests can be conducted on an individual cow, or on the milk bulk tank, and routine tests now include fat and protein to evidence quality and assess price. The somatic cell count – consisting primarily of the white cells – are measured too, as increases in these can be a sign of a response to pathogenic bacteria and lead to illness or disease in the animal.

Eurofins is also able to run bovine diagnostics to measure factors such as beta-hydroxybutyrate, which indicates ketosis or possible energy deficiency of the cow, and Paratuberculosis (Johne’s disease), which is a contagious and chronic disease reducing the milk yield. Other factors covered in the diagnostics include Bovine Viral Diarrhoea, which is a highly contagious infection causing diarrhoea; Infectious Bovine Rhinothracheitus, which causes generalised systemic infections, and Bovine Spongiform Encephalopathy – commonly known as BSE – a fatal central nervous system disease. These all have significant implications for the animals’ welfare, fertility and yield, as well as creating potential issues around food safety and adherence to legislation.

(ii) flow cytometry for detection of somatic cells in milk. Flow cytometry is a technique used for counting and characterisation of particles and cells, and can be described as “the measurement of cells while they are flowing”. The test speed is six seconds per sample;

(iii) flow cytometry for detection of the total count of bacteria in milk. Bacteria are counted through specific staining of the DNA and the use of a fluorescent marker, and at a test speed of 24 seconds per sample, and lastly,

(iv) diffusion testing for screening for inhibitors in milk. This test looks for antibiotic residues in milk and is performed using 96-well microtiter plates with agar and a coloured pH indicator. Spores from the test organism Bacillus stearothermophilus var. calidolactis will have a reduced growth when an antibiotic is present in milk. Results are qualitative and either positive or negative, and the test speed is 96 samples per three-hour period. 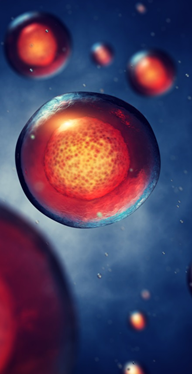