Commercial development of genetically modified organisms (GMOs) is on the increase, with maize and soy just two examples. The emergence onto the market of the first GM animal for human consumption – a salmon – means increased calls for clarity on the sale of GM produce. Eurofins responded with the introduction of the world’s first commercial test for detection of this genetically modified fish.

GM salmon must be reared in closed fish farms without access to open water, to guarantee separation from non-GM fish. The first GM salmon, AquAdvantage®, found its way onto the Canadian market, and consumers’ plates, in 2017, sold by producer AquaBounty Technologies. Atlantic salmon was modified with the introduction of a gene from another salmon species, the Pacific Chinook, which regulates growth hormones allowing AquAdvantage® salmon to grow both faster and year-round instead of just during the spring and summer.

This GM salmon received approval for sale in Canada in May 2016 and, according to Canadian law, does not need to be labelled. In both 2017 and 2018, 5 tons of the GM salmon, AquAdvantage®, were sold in Canada. In 2019, the GM salmon was not only approved for sale in the USA but also for cultivation in a salmon farm in Indiana. However, in EU member states and other countries, the marketing of AquAdvantage® salmon remained unapproved. As a result of this situation, a specific method to detect AquAdvantage® salmon was required.

Eurofins responded with the rapid introduction of a very specific and highly sensitive DNA-based test to detect the genetic modification of AquAdvantage® salmon. The method is able to detect minute traces of the material in a sample, and to distinguish genetically modified salmon from un-modified.

The method, developed by Eurofins GeneScan Technologies, is also available as a full commercial detection kit for the modified salmon. In combination with an efficient DNA extraction method, the detection of GM material is possible even in highly processed samples. The test kit can be used flexibly with existing common DNA extraction methods and alongside one of the world’s broadest and fastest-growing portfolios of existing GMO tests developed by Eurofins GeneScan.

The Eurofins GeneScan Technologies test is based on real-time polymerase chain reaction (PCR). The high specificity of PCR is achieved by the use of so-called primers and probes, short single-stranded DNA fragments, which are specific for the target DNA sequence and help amplify the target DNA sequence that is located between the two primer sequences. Whereas conventional PCR uses gel electrophoresis to make the amplified products visible, state-of the-art real-time PCR methods use a so-called probe which is a further single-stranded DNA molecule labelled with a fluorescent reporter dye at one end and a quencher molecule at the other. The DNA polymerase, an enzyme necessary for the PCR process, degrades the probe, releasing the fluorescent reporter molecule and therefore leading to an increase in fluorescence which can be measured in real-time. 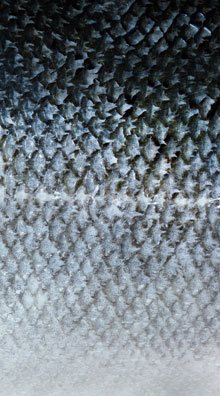