Amid abandoned legal cases, high-profile acquittals of serious crimes and paternity suit dismissals, scientists were increasingly questioning the dogma that identical twins could not be genetically differentiated. Only theoretical approaches existed to solve this conundrum, until a Eurofins breakthrough provided an answer to the puzzle of how to tell identical twins apart.

Monozygotic twins derive from one zygote (the fertilised egg) that splits into two, meaning that the basis of the two twins, at first, comprises exactly the same genetic material. By pushing the limits of genetics and forensics, a multi-disciplinary team at the flagship Eurofins Genomics laboratory in Ebersberg, Germany, developed a world-first methodology in 2014 that showed what happens next.

Using a whole genome sequencing approach, Eurofins demonstrated that rare mutations occur early during the embryonic stage whenever a cell divides as part of the development process. Eurofins also provided evidence that, because these changes happen so early on, the mutations can be found in all the DNA of the person, including the DNA of its sperm (in the case of a male) or its egg (in the case of a female).

Eurofins’ first test case used this new understanding of embryonic genetic mutations to assess identical twin adult males as the potential father of a child. While one was found to carry an identical mutation to the child, the other was not. These results were used to prove conclusive paternity.

The first application of the test in a criminal case supported the Boston Police Department and Suffolk County District Attorney’s Office in a serial rape case. The authorities were confident of the guilt of two male offenders; however, one had an identical twin and could not be convicted Eurofins received saliva samples from both twins, and a crime scene sample. The test delivered a successful result in just two weeks, successfully and unambiguously matching one of the twins to the crime.

Through the use of state-of-the-art chemistry and ongoing process refinements, Eurofins has already cut the test costs by 50%, ensuring accessibility of one of the most important tools in the search for the truth.

The process involves ultra-deep next-generation sequencing. Researchers first read and decipher the genetic information found in the DNA, before analysing the data collected through intelligent information technology. The focus is on the appearance of specific mutations, also referred to as single nucleotide polymorphisms, or SNPs. 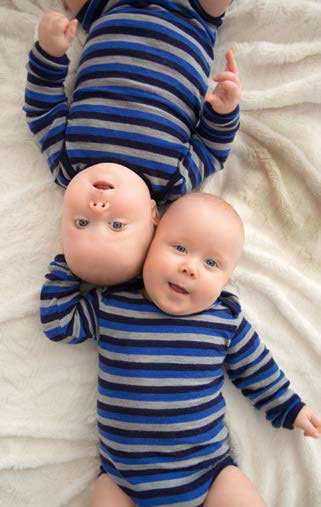