Acrylamide on the Tip of Everyone’s Tongue

First to detect acrylamide in food

Some rather unusual discoveries in Sweden in the 1990s led to the finding that acrylamide is not only toxic, but also present in a high number of foodstuffs. Acrylamide is understood to be probably carcinogenic to humans and both the World Health Organization and the Food and Agriculture Organization of the United Nations view the levels of acrylamide in foodstuffs as a major concern. Eurofins has played a leading role in detecting and tracing occurrences of the substance and working to increase understanding of its dangers.

Soon after the walls of a new train tunnel through a mountain range in southwest Sweden were sealed in 1997, fish in nearby waterways started to die and cattle showed signs of paralysis. An immediate investigation by the authorities saw the Eurofins team in Lidköping, at that time AnalyCen AB, perform a large number of initial tests on water, soil and sediment. The cause of the problems in fish and cattle was found to be a significant leak of un-polymerised acrylamide and methylolacrylamide (acrylamide is the starting material to produce the non-toxic polymer polyacrylamide).

Further investigations showed widespread contamination in creeks and groundwater across the area, and the grouting material used in the tunnel construction was found to contain both acrylamide and methylolacrylamide. Concerns grew for both the local population and for the construction workers who had been exposed, but tests conducted by Stockholm University’s Department of Chemistry showed ‘relatively high’ background levels of acrylamide even in their control group. This meant there had to be another exposure source.

This source became clear during 1998, when Eurofins Sweden completed comprehensive feed and food analysis, making the breakthrough discovery that acrylamide was forming in heated food. A partnership with Stockholm University saw a huge project involving extensive analysis and the frying, baking and boiling of all kinds of foodstuffs to better understand what was happening. The team discovered that when the amino acid asparagine – found in many vegetables, and in higher concentrations in some varieties of potatoes – is heated to high temperatures in the presence of certain sugars, acrylamide can form. High-temperature cooking methods such as frying, baking or roasting were more likely to produce acrylamide, but only when heated to a temperature above 120 degrees Celsius (248 degrees Fahrenheit).

The team continued to work over several years to further identify the causes of acrylamide formation, and to refine the analytical methodology and advise food producers and consumers alike. Across Eurofins globally there are now 20 laboratories able to perform this analysis. The original team’s commitment to staying curious, to exploring and to questioning has undoubtedly helped inform the whole acrylamide debate and supported the food processing industry globally to refine its practices.

Acrylamide, a colourless, non-volatile crystalline solid, is a raw material (monomer) in the production of polyacrylamide polymer, used as a coagulant in waste water treatment and to clarify drinking water, as well as a grouting agent for the construction of dam foundations and tunnels. Potential contamination from the environment meant that reducing the levels in food became even more critical and the European Commission for Food Safety has adopted a recommendation that acrylamide levels in food are monitored with a view to reducing them. 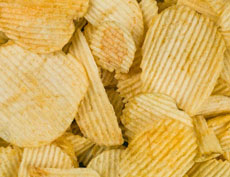